The V10 R-League, devised by Gfinity in partnership with Abu Dhabi Motorsport Management (ADMM), will see some of the biggest names in motorsport go head to head on the virtual track.

Williams Esports, BWT Racing Point Esports Team, Ford (Fordzilla), and JAESA TEAM SUZUKI are the first of eight teams to be announced – battling over a prize pot of £100,000 (GBP). The final line up will be revealed in the coming days.

The league format will see these eight teams competing head-to-head against each other in a round-robin format, earning points towards the league table until one team is crowned champion. The season will consist of seven rounds of matches showcasing a never seen before race format.

The V10 R-League is the first competition to be part of the previously announced Global Racing Series, a multi-year initiative programme designed to create a new ecosystem for the increasingly popular professional sim racing sector.

V10 R-League to be played on Assetto Corsa

In each match two teams will go head to head over three original race challenges designed to ensure that the result can be a win, lose or draw. Each team will provide three drivers who must compete across all three race formats, ensuring that drivers and teams will have to devise new strategies for some of the world’s most iconic circuits.

After consideration and evaluation, Assetto Corsa has been determined the best fit for Global Racing Series for reasons including custom cars, tracks, visual quality, and future development potential.

The teams will all race on-track in a brand-new car designed specifically for the league – an open-wheeled single-seater with a completely unique and bespoke design, powered by the fan favourite V10 engine.

The V10 R-League boasts an exciting new car, the GRS-1, which has been designed to bring maximum on-track excitement. Unrestricted by real-world regulations the GRS-1 weighs in at 700kg and can clock speeds of up to 220mph powered by a V10 engine.

The V10 engine has one of the most evocative sounds in racing history and although now on the virtual track, viewers will still hear and see the performance of the iconic engine once again. With a power output of 900hp, the combination of the engine and weight will offer optimised performance for the wheel-to-wheel action encouraged by the unique race formats. All teams will be provided with the car in order to design bespoke liveries unique to the V10 R-League.

The professional sim drivers will race from home on a full racing rig, with their camera and audio feeds controlled live from Gfinity’s TV studio in Fulham, London. The broadcasts will feature live on-set analysis from a host and racing experts.

The format of the V10 R-League has been designed for broadcast audiences, featuring a never seen before format, focusing on a team’s championship. Season 1 will air ‘as live’ across linear and digital channels in August 2020, broadcast from the Gfinity Arena in London, with Season 2 airing in Q1 of 2021.

The V10 R-League and the Global Racing Series

The V10 R-League is the first championship in the announced Global Racing Series partnership between Gfinity Plc and Abu Dhabi Motorsport Management (ADMM). As the UK’s leading esports operator Gfinity has unprecedented experience running global gaming competitions and alongside ADMM, owners and operators of the Yas Marina Circuit in Abu Dhabi, they have devised the Global Racing Series as a long term, multi-championship initiative designed to create competitions that redefine racing through unique formats only possible in the virtual world.

“In the current climate there has been massive spike interest in virtual motorsport. The V10 RLeague will take it to the next level of virtual motorsport, redefining racing. The League has captured the imagination of teams, drivers, broadcasters and brands. Created in record time; the Global Racing Series contributes positively towards Gfinity’s stated goal of being profitable in Q1 2021.”

“It’s fantastic to see the first of our competitions within the Global Racing Series come to life. Having commitment from such great racing brands in the V10 R-League is testament to the concept. Seeing how our strategic focus, investment in premium racing ventures, and virtual racing is turning in to a reality shows the strength of the team. Gfinity and ADMM have been working hand in hand over the last few months, and there are further exciting team and competition announcements to follow over the coming weeks.”

Steven English, Team Principal of Williams Esports said “This series is an exciting prospect for sim racing, the unique race format will offer something different to the majority of our competitions. The line-up includes some of the biggest names in motorsport, which helps to grow the credibility and professionalism of virtual racing. There will be a learning curve for everyone, so we’re looking forward to the action starting and seeing the concept come to life.”

Fordzilla is Ford’s first-ever esports team, building on its real-world racing heritage by competing at the highest level on the virtual racing stage. Launched at Gamescom 2019, Team Fordzilla is made up of five market teams: Germany, Spain, Italy, France and UK.  Ford is continually exploring digital and real-world synergies and believes gaming could help shape how we all get about in future.

Formed by the partnership between the Jean Alesi eSports Academy and Suzuki, the JAESA Team Suzuki is led by a common racing soul and a firm will to achieve great results in the eSports environment. The team competes across different platforms and, over the years, managed to achieve solid results in international sim racing championships. Suzuki is the one the most well-known and respected Japanese car manufacturer with a long history of motorsport achievements. Suzuki is ready to take over the eSports challenge and pursuit new goals on the virtual track.

Jefferson Slack, Managing Director, Commercial and Marketing, BWT Racing Point Esports Team expressed: “Our Esports programme has gone from strength to strength in recent years and now forms a key pillar of our commercial operations. It’s testament to the hard work that’s gone into making us one of the most competitive outfits on the virtual grid that we’ll be lining up alongside some of the biggest names in automotive for the Global Racing Series, so all credit to the team for their hard work and our thanks to Gfinity and ADMM for the opportunity. We see this is a natural expansion of a programme that continues to grow in popularity and helps us connect with a new audience, so it’s a win-win all round. I’m looking forward to seeing what our guys can do.” 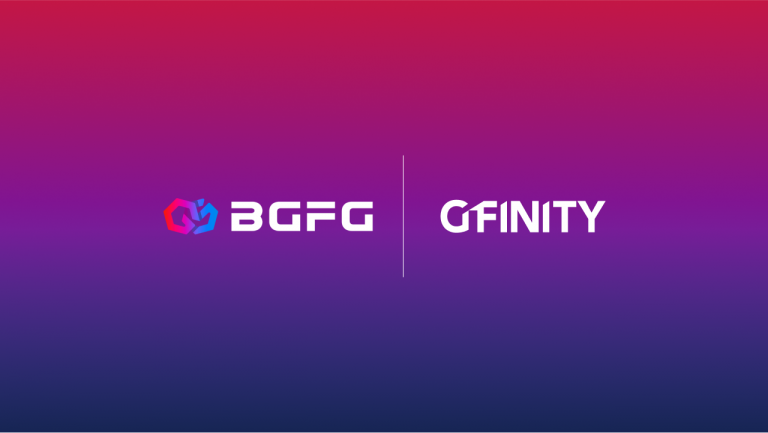